Showing posts from July, 2018
Show all

A Trip Down Memory Lane... 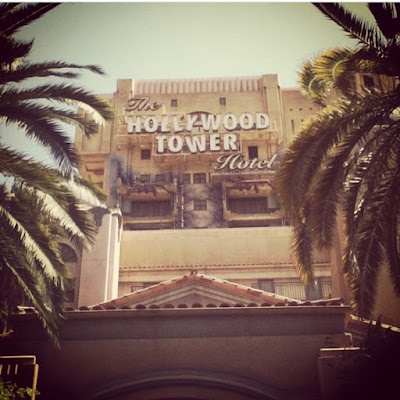 Our computer has been receiving some TLC, so after a week away, we are finally back to posting!

I've been going through a lot of old pictures lately, and I was reminded of a lot of things in Disneyland that are now rides of the past. Some were removed recently, and some were removed when I was a little girl. I thought it would be fun to take a trip through Memory Lane as we explore some of our favorite rides that are now long gone!

2. Soarin' Over California
For those of you who are new to Disneyland, Soarin' Over th…
Post a Comment
Reactions:
Read more 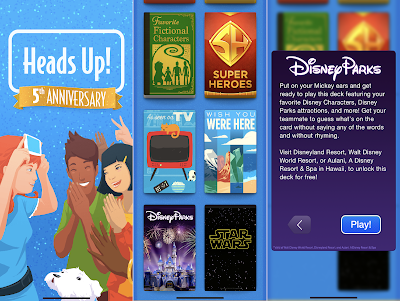 On July 17th, 1955, Disneyland opened up to the public! Even though opening day was a bit of a disaster, Disneyland still welcomed its 1 millionth customer only 7 weeks later. Now, 63 years later, Disneyland is more popular than ever and crowds keep getting bigger and bigger - creating really long lines for popular attractions.

The idea of standing in those long lines is a bit daunting - however, there are some ways to make those wait times a little less boring! Here are a few of our favorite ways to pass the time!

Heads Up!
If you have a smart phone, download the app "Heads Up!" (by Ellen DeGeneres.) It's a lot like the game Headbands, and is a mobile version of the game Ellen plays on her show. One person will hold the phone towards the group so they can't see the screen, and the rest of the group tries to get them to guess the words that pop up on the screen. When you are in Disneyland, turn on your location access f…
Post a Comment
Reactions:
Read more 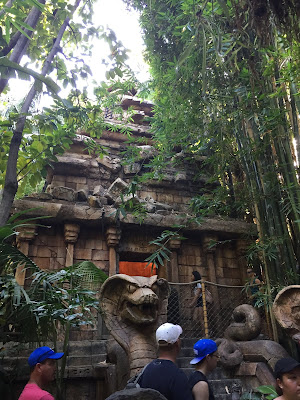 What are the top 10 rides in Disneyland? Well that's a matter of opinion (and a really tough choice) - but we think we have a pretty good line up! ;) This week: our 10 favorite rides in the Disneyland Resort! (Note: These are in no particular order, just numbered for convenience.)

1. Indiana Jones
As a kid, this ride scared me because I didn't like the giant snake animatronic. My dad offered to buy me a Minnie Mouse sweatshirt if I would ride it again with my mom, but I freaked out and would NOT go again. Now, Indiana Jones is probably my favorite ride in Disneyland! (My dad as assured me that the sweatshirt offer does not, in fact, still stand.) The theming is fantastic - not only on the ride, but the queue is so detailed that it completely immerses you in the world of Indiana Jones! You can google the Indiana Jones queue decoder card and walk through to "translate" the writings on the walls through the queue! 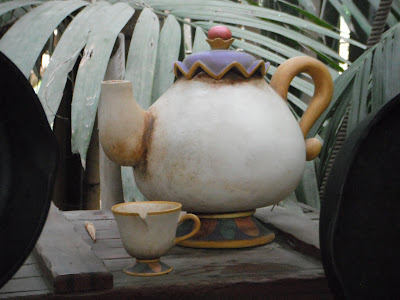 Have you ever thought of doing fun activities in the parks while running from ride to ride? I have, but I've never really taken the time to do any of them. One of the ideas that I love is doing a photo scavenger hunt in the parks. So, why not create my own for you guys to have fun with?!


If you guys try this out, I would love to see your photos! Submit your favorites throughout the rest of this year by emailing enchantedpumpkinblog@gmail.com Get creative and have fun!

(For a printable version, email enchantedpumpkinblog@gmail.com)